In 2000, Kanab High School celebrated 100 years of education. Although it began in 1900, there were several years it had to close because of financial difficulties.

As soon as the pioneers arrived in Kanab they started a school for the younger children. Kanab was without a high school for about thirty years from 1870 to 1900; students who wanted a higher educational advantage had to go away to school. By 1900, the people had overcome many of the difficulties of early pioneering and business was thriving, they felt they could afford to start a high school. It occupied two rooms in the Academy, where the present Kanab Elementary is built. It was a great success and the students attending it studied hard. All were eager to take advantage of this opportunity. However, due to lack of financial support it was discontinued in the spring of 1903. Although it only lasted three years, the students loved this opportunity.

In 1914, in the second story of the Jepson Building located at the southwest corner of Main and Center Streets, Kanab High School was once again re-organized. Yates Insurance and ERA are located there today. Lewis Jepson donated the use of the second story of the Jepson Building for two years providing the school board paid the taxes. The first semester the tuition was forty dollars, and at the second semester students were asked for another thirty-three dollars, besides buying their books. The school received no state aid; it was maintained by tuition and local taxation. Though tuition and cost of books were very high, the citizens rallied to the school’s support and the first year there were fifty first-year and second-year students enrolled. There were some students who would not have been able to meet the second tuition, but John Findlay said if anyone had calves he would buy them so they could pay their tuition. Those few students who could afford to take classes did whenever they could. In the spring of 1917, K.H.S. had its first graduates, there being four: Hannah Greenhalgh, Rae Riggs, Ila Hamblin, and Lester Little.

1917-1918 was a great year for the Kanab Schools for it marked the completion of the new fourteen room building that topped the hill at the east end of Center Street. (This school was on the hill near the present day Skate Park.) The hill was of clay and in the winter students and teachers mired in the mud. High school classes were held in the Ward Hall until the building was ready. Then the high school moved into the north side while grades, first to sixth, occupied the south. State law demanded boys complete the eighth grade so there were hardly enough for a high school basketball team in Kanab. In 1921 custodian Willard Ford, planted the lawn that would soon transform the school hill. He often rose at 2 o’clock in the morning to irrigate. “KHS our KHS” became the school song when Amanda Robinson and Irene Haycock wrote the lyrics for a school wide competition.

By 1924 K.H.S. was showing up well in athletics. Vivian Johnson jumped 6 feet 1 ½ inches at the U. of U. meet and won the right to participate at the national meet in Chicago. About this time Kanab sent its first basketball team to the state tournament. Kenneth Pugh, Carlyle Kitchen, Lamont Hamblin, Alton Pugh, Fay McAllister and Milton Rust were on the team under Coach Woolley.

The “K,” which has given its name to the hill above the high school was built in 1925 by the students headed by their president, Leslie Pugh. They carried big rocks up the hill and placed them in the shape of a “K” and white washed it.

By 1928 K.H.S. had graduated 98 students. The high school enrollment was eighty-seven. The total school population was 286. There were fourteen teachers at the building on the hill. In 1929 inside toilets and showers were added. The school term was eight months and a ten-dollar fee was charged.

In 1930-31, only sixty-six per cent of the taxes had been paid because of the depression and the school closed on April 17 for lack of money. Many feared there would be no high school in the fall. In spite of the predictions, school opened in the fall, but once again had to close on April 15th. Teachers contributed the last two weeks of services free. 1932-33 saw the high school enrollment at an all-time low, with students coming to school only one half day, two classes at a time as there were only two teachers and the principal teaching. In 1933-34, W.P.A. (Work Projects Administration) projects enabled the school board to level and enlarge the school hill. During the summer of 1934 the school building underwent extensive remodeling. The outside walls were rebuilt and a new roof was put on. The gymnasium was modernized and ceiling lights installed and a tennis court was added. School began in 1936-37 with a new shop and home economics building added. In 1937-38 under another W.P.A . project, the rock walls were added and steps were widened and the grounds landscaped.

The 1934 Kanab Basketball team was doing really well. A sports editor from the Salt Lake Tribune called Coach Ernest Kirby and said he wanted to do a write-up on the team and asked what the name of the team was. Coach Kirby said they didn’t have a name. The editor responded saying, “You’ve got to have a name, give me a name.” Cecil Cram’s father made a living raising cattle and Cecil always wore cowboy boots to school. Coach Kirby looked over at Cecil and said, “How about, Kanab Cowboys”. Later at a basketball game Ernest was asked about the name and he replied, “Oh, they’re all just a bunch of cowboys.” The name stuck and it has been Kanab Cowboys ever since.

1938-39 Rex Bower was the advisor for the Pioneer Edition of the KOLA, the school yearbook, with Helen Mar Chamberlain as editor. It is reported that students went without many activities and did fund raisers to earn the money for printing.

In 1952 the building on the hill which had housed all of Kanab’s schools since 1918 had been condemned as unfit for use. Kanab had qualified for emergency supplemental state aid under the School Building Act. The school board now made plans for two school buildings. The first, an elementary school consisting of seven classrooms, a multipurpose room, and an administration suite that was located on the northern half of the public square, the site of the old Academy. The new high school, located at the foot of the school hill was to contain seven class rooms, a gymnasium and stage and administration office. 1954-55 school year began with separate principals for the high school and elementary, the first time since 1935.

In 1984 Kanab High School moved to its present location at 59 E. Cowboy Drive.

KHS Safe School is a fill-out form to report an incident or request assistance.
All information is protected and your safety is of prime importance at KHS. 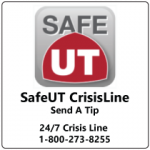 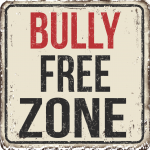 KHS Safe School is a fill-out form to report an incident or request assistance.

All information is protected and your safety is of prime importance at KHS.